How a New Breed of Nonprofit Leader Is Driving Social Change 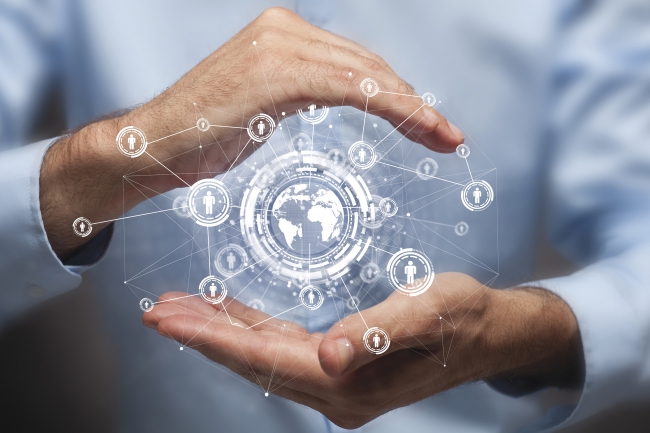 I’ve met several people recently who had something in common. All were building collaborations to address big problems. All were experiencing genuine success. Yet all felt somehow "odd" because the way they were addressing the problem did not fit the typical nonprofit-leader mold.

To each of them, I’ve said the same thing: There’s a name for people like you, and it’s "system entrepreneur."

The term refers to the idea that leaders need a broader set of characteristics and skills beyond simply organization- and program-building to truly move the needle on big social challenges. They must be open-minded and skilled at creating and mobilizing coalitions across sectors. They must be able to do research, influence policy, communicate, measure results, and collaborate to make the leap from direct impact to systemic impact.

Interest in and action on system entrepreneurship is starting to shift philanthropy in transformative ways. What’s perhaps most unique and promising about the idea is that the term "entrepreneur" is not used narrowly; it represents a shared mind-set for all of those working on social change — including donors, who are often viewed as disconnected from the work on the ground. The more we all look at social impact as multifaceted and focus our skills and networks accordingly, the better chance we have of driving true systemic change.

Great listeners. They have active listening skills and remain fully present in conversations with others.

True team players. They have what I like to call a "managed ego": They put the larger goal first and work for the good of a coalition of partners rather than for any one organization.

Creative thinkers. They look at multiple ideas and create a whole picture out of the puzzle pieces. They know how to size up the systems they seek to influence and determine the best ways to approach them.

Networkers and connectors. They enjoy convening discussions, making introductions, and identifying individuals, organizations, and ideas that might benefit from collaboration. (This might sound like a highly extroverted activity, but introverts can be superb system entrepreneurs who bring their own connective talents to an enterprise.)

It's increasingly clear that the large, complex problems of the 21st century demand systemic, collaborative approaches.

Good communicators. They keep all partners updated on what’s happening and ensure that others outside the coalition are aware of its work.

Possessors of a "beginner’s mind." The Zen Buddhist monk Shunryu Suzuki famously wrote, "In the beginner’s mind there are many possibilities, but in the expert’s, there are few." This concept is familiar to system entrepreneurs, who have sufficient command of a topic to recognize obstacles, recruit partners, foster connections, and map out how different entities, issues, and trends interact to drive change — but not so much expertise that they lose the ability to think or communicate in new ways.

The connective tissue among these characteristics is adaptability and relationship-building. System entrepreneurship seems to come most readily to people who have some meaningful experience shaping teams, forming networks and coalitions, and developing the perspectives this kind of leadership demands. Many successful system entrepreneurs are veterans of the business, consulting, and nonprofit worlds who are looking to start a second career or new venture.

Vanessa Kirsch, who founded and leads the venture-philanthropy organization New Profit (where I chair the board), exemplifies how this mind-set can drive action. She started her nonprofit-leadership career as a co-founder of Public Allies in the early 1990s. Then in her mid-20s, she saw young people as an untapped resource for large-scale social action and created programs linking them to nonprofits in their communities.

But even as Public Allies got off to a hot start — it was cited as a national-service model by both the George H.W. Bush and Bill Clinton administrations — Ms. Kirsch recognized an inherent limit on its vision for impact: Public Allies, like any nonprofit, could do only so much on its own.

"We were stuck in a trap that many social entrepreneurs will confront," she says: To bring about systemic change, the organization needed to collaborate and form coalitions with others.

Around that time, the Clinton administration and a few key congressional allies were building AmeriCorps. Ms. Kirsch saw an opportunity to link Public Allies with an array of government, business, and nonprofit partners that shared the goal of bringing young people into public service. "We realized that if we worked collectively, we could help build AmeriCorps and catalyze Public Allies’ impact," she says.

Public Allies went on to become one of the first Ameri­Corps grantees. Ms. Kirsch realized she had left the more common social-entrepreneur role behind for a new identity as a system entrepreneur.

Our work at New Profit, including our engagement with donors, has been profoundly affected by that original lesson. "There’s a critical mass of donors who haven’t gotten the impact they want" from funding individual entities, Ms. Kirsch says. "They’re saying, ‘We’ve been funding single-point solutions, but we need to look at the whole system.’ "

Two others who embody this collaborative and multifaceted approach are Claire Qureshi and Phyllis Heydt of the Office of the United Nations Secretary-General’s Special Envoy for Health in Agenda 2030 and for Malaria. I joined with two additional donors to support Ms. Qureshi and Ms. Heydt’s work, which we believe demonstrates how donors can effectively work with system entrepreneurs.

Their mission is to increase the number and capacity of community-health workers in the world’s poorest countries. These workers can make a huge difference in remote areas that have no other access to reliable health care. The special envoy’s office formed partnerships with a broad range of organizations — other nonprofits, government health agencies, major donors, the U.S. Agency for International Development, and corporations like Merck and GlaxoSmithKline — to advance this effort and embed it in larger systems.

For example, Liberia, one of the nations hardest hit by the 2014 Ebola epidemic, joined forces with the office to set up a $75 million pilot program to train and deploy more than 4,000 community-health workers in remote areas to bolster public health and community stability and protect against additional disease outbreaks.

The special envoy’s office built trust with a large group of partners by demonstrating impartiality and bringing ideas and resources the individual entities could not furnish on their own. Uniting and coordinating existing institutions was crucial because, as Ms. Qureshi says, "our ambition for impact was quite high. The bigger impact we can have is by influencing and supporting what’s already there."

As Ms. Kirsch notes, one reason for the rising interest in system entrepreneurship is its ability to help philanthropic leaders get "the impact they want" at the scale the world needs. This realization is taking hold among founders and donors alike. In Jordan Kassalow’s case, it grew out of seeing the limits of a traditional social-entrepreneurship strategy.

Mr. Kassalow was the CEO of VisionSpring, which provides eyeglasses to people who might not otherwise be able to afford them. The nonprofit was founded in 2001 and within a decade had provided glasses for 1 million people. But the number of people who need glasses worldwide is 2.5 billion, of whom more than 600 million are severely vision-impaired without them.

"Even if we’re wildly successful, we’re not making a significant dent in the overall problem," Mr. Kassalow says. "There was no way to make a sizable dent until we looked at it from a systems perspective."

That’s exactly what he has done by working with an array of established organizations, including USAID, the World Bank, and social-change consultancy FSG to establish a consortium called EYElliance, which pools resources and knowledge to meet the vast global demand for corrective lenses. He stepped down from his role as social entrepreneur at VisionSpring to take on this larger coordination at EYElliance.

Big donors are becoming increasingly open to system entrepreneurship as they recognize that it can be an efficient lever for creating systemic progress and change.

The Dubai-based Legatum Foundation was looking for just that. It had concluded that perhaps no cause in the world yielded more benefit per philanthropic dollar than the fight against neglected tropical diseases — parasitic and bacterial infections that thrive in conditions of extreme poverty. More than 1.5 billion people, including 875 million children, are affected by the most common ones — diseases that could be eliminated for about 50 cents per person per year.

To tackle those diseases, Legatum teamed with the philanthropy consulting firm Geneva Global to establish the END Fund. Designed as a system-entrepreneurship venture, the fund (to which I am an adviser) serves as a conduit for new donors and a resource for other organizations in the field. It has quickly developed a diverse roster of high-impact partnerships with the Bill & Melinda Gates Foundation, the ELMA Foundation, and other major donors with a significant focus on Africa.

Ellen Agler, the END Fund’s CEO, said a system-based approach to neglected tropical diseases made sense from the start. "This problem is so big, you have to work in a collaborative way," she says.

In no way is system entrepreneurship a cure-all for our societal ills. There will always be an important role for traditional social entrepreneurs and long-life nonprofit organizations.

Yet it’s increasingly clear that the large, complex problems of the 21st century demand systemic, collaborative approaches. The rise of the system entrepreneur will create opportunities for everyone associated with the philanthropic sector:

The great challenges of our time, from climate change to mass underemployment to infectious disease, are inherently networked and devilishly complex. In other words, they need system entrepreneurs.

"People sometimes have a tendency to dig into a particular point of view or bias about their way of doing things," says Tracey Durning, the founder of Target Zero, a Los Angeles nonprofit that works with a diverse alliance to end the euthanasia of healthy and treatable cats and dogs in animal shelters.

"Having someone with an open-minded approach to problem-solving with no bias other than ‘Let’s work together, look at the data, and be moving together toward solutions’ is a critical element to progress."

Jeffrey Walker is a former private-equity executive who serves on several nonprofit boards, including as chairman of New Profit and vice chairman of the Office of the United Nations Secretary-General’s Special Envoy for Health in Agenda 2030 and for Malaria. He is co-author of the book "The Generosity Network: New Transformational Tools for Successful Fundraising."